Home / Uncategorized / Three novels about Barcelona that every student should read

Three novels about Barcelona that every student should read

They say that every big city is actually two cities. One, the most obvious, is the one designed by architects and urban planners, built on stone and concrete. The second, no less important, is the city that is built from words, on paper, which is woven from the threads of fiction, its authors, to end up existing real and parallel to the city of the senses.

This happens in Paris -what would be its galleries and passages if they were not adorned by the poems of Baudelaire or Cortázar’s prose?- and in London -Shakespeare’s capital, Jane Austen, Dickens- and no doubt occurs in Barcelona.

The Catalan capital is the city of Gaudí and Cerdá, but it is too the city of the authors that have made it immortal.

Here we suggest three fundamental books that you should read to live on both sides of the city. 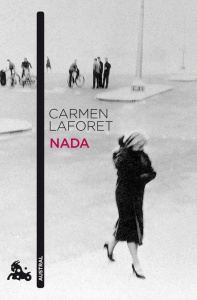 Nothing, Carmen Laforet
“Because of difficulties at the last moment to get tickets, I arrived in Barcelona at midnight, on a train different from the one I had announced, and nobody expected me.” This is the memorable beginning of one of the most important novels of the Barcelona narrative and the first winner of the Nadal prize.

The story is narrated by Andrea. She tells us her arrival in Barcelona, her suffocating life in an apartment on Aribau Street, the atmosphere of the postwar period, her university life, her adventures, her discoveries, her fears, her friends. In that sense, it’s as if another university student offered you a guided tour of that Barcelona of the last century that, at least to some extent, continues to exist.

The city and its spaces are essential in Nothing; Carmen Laforet does not use them as a simple “environment”, but proposes them as another great character in which Andrea’s life and thought are reflected.

With an agile prose and full of images, the author seems to give quick brushstrokes in which all the doubts, emotions and anguish of a young girl are fused to the seeds of the city, to be portrayed in her. 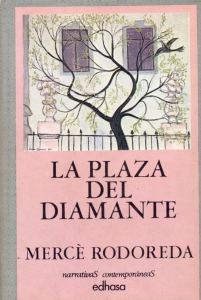 The diamond square, Mercè Rododera
“A novel populated with innocent beings, run over by the sinister criminality of each other”, as described by the writer Enrique Vila-Matas. The diamond square is perhaps the culmination of Rododera.

It tells the story of Natalia, the “Colometa”, an unhappily married woman through whom the author tries to portray many women who were forced to live paths they did not want. The narrative is framed in the Barcelona of the Civil War (including the previous and subsequent years).

Although it may seem like a distant novel, in reality it is nothing more than a book about the search for identity. What’s more current than that? In the background we are all a little “Colometas” looking for ourselves in the city of plazas, ramblas and ports. 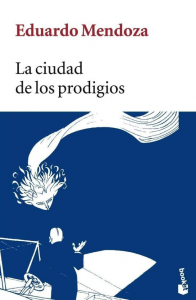 The city of the prodigies, Eduardo Mendoza
“The year Onofre Bouvila arrived in Barcelona, the city was in a fever of renovation”, thus begins the novel that in its later pages will prove to be just that: a drawing of how the author remembers the changes and the renewal of the city.

Every city is in a time. The interesting thing about this book is to offer a vision -not historical, but fictionalized- of Barcelona stretched in its years of change, like a video portrait instead of a painting portrait.

Onofre Bouvila is the storyteller of the story. Onofre is a poor pamphleteer who will try to accumulate wealth with cunning but ruthless methods. His voice will be the lens through which we will see the city and its changes.

This website uses cookies to improve your experience while you navigate through the website. Out of these, the cookies that are categorized as necessary are stored on your browser as they are essential for the working of basic functionalities of the website. We also use third-party cookies that help us analyze and understand how you use this website. These cookies will be stored in your browser only with your consent. You also have the option to opt-out of these cookies. But opting out of some of these cookies may affect your browsing experience.
Necessary Siempre activado
Necessary cookies are absolutely essential for the website to function properly. This category only includes cookies that ensures basic functionalities and security features of the website. These cookies do not store any personal information.
Non-necessary
Any cookies that may not be particularly necessary for the website to function and is used specifically to collect user personal data via analytics, ads, other embedded contents are termed as non-necessary cookies. It is mandatory to procure user consent prior to running these cookies on your website.
GUARDAR Y ACEPTAR